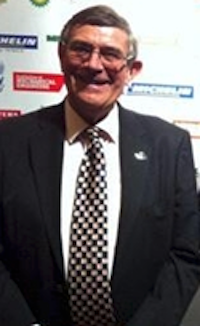 Some so-called battery events don’t even give them a platform but this wasn’t the case this week when tireless lead-acid old stager Allan Cooper delivered a cracking account of how advanced lead-acid batteries will bring serious environmental and cost benefits to the car industry.

Speaking at IQPC Automotive’s Second International Conference on Automotive 48V Power Supply Systems, Cooper said the low additional cost of introducing 48V mild hybrid powertrains is proving a major attraction to carmakers, because it will help them comply with stringent CO2 regulations being introduced in 2020 with even tougher rules following in 2025.a 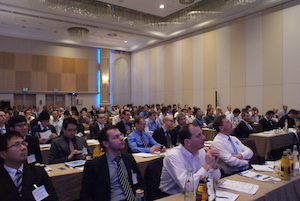 German OEM Volkswagen will not switch to a single 48V power supply system in mild hybrids in the near future, according to Florian Kühnetz, development engineer at Volkswagen. 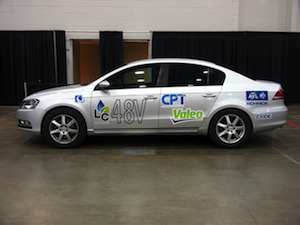 The 48V LC Super Hybrid solution is designed to reduce CO2 emissions and can be fitted in various vehicles. The product features a lead-carbon battery and combines electric supercharger as well as motor-generator applications of CPT’s switched-reluctance motor technology.

Leveraging a dual voltage architecture, Johnson Controls’ micro-hybrid battery system combines a 12V starter battery and a 48V lithium-ion battery, which it claims could provide up to 15% fuel savings in vehicles. The battery will be available for testing with key automotive customers this December.

The 48V battery is designed with the capacity to quickly capture energy from braking and can support higher loads such as air-conditioning and active chassis technologies. The 12V battery provides power to the vehicle starter, interior and exterior lights, and entertainment systems such as radios and DVD players.

The prismatic lithium-ion cells and complete systems for the prototypes will be made at Johnson Controls’ facility in Holland, Michigan. The battery is designed with standardized components and size to help drive scale and minimize cost, it claims.

Ray Shemanski, vice president and general manager of the Original Equipment Group for Johnson Controls Power Solutions, said: “We expect Micro Hybrid technology will be adopted in Europe first, due to more stringent fuel economy and emissions standards, and then quickly move to U.S. markets in the next few years with global adoption starting in 2020.”