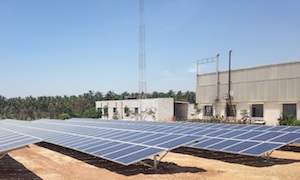 Astonfield and Solesa have teamed up to deliver power solutions, including PV-diesel hybrid systems, to India and East Africa.

A 100kW solar hybrid system will be installed in Tamil Nadu, India for Indo Shell Cast. Further contracts for systems between 100kW to 10MW are secured and first installations on industrial rooftops in Eastern Africa have started, stated Astonfield Solesa Solar.

A Navigant Research forecast predicts that the Indian market growth for diesel gensets between 15kW and 6MW will reach 82GW globally per year by 2018. 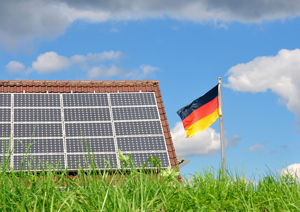 The German government’s scheme to offer subsidy payments to households who purchase a combined energy storage with PV system has got off to a weak start. Of the €25M available to householders, only €3.3M has been claimed. A further €25M is due to be available next year under the same scheme.

The government incentive scheme is intended to encourage the uptake of energy storage systems by offering non-repayable loans that cover up to 30% of the cost of a system.

Although the market is expected to blossom as part of the energiewende, the slow up take suggests householders are reluctant to install the systems.

In a recent report, Lux Research said the coupling of PV with energy storage will be beneficial to the storage companies, but have less impact upon the solar market. However, solar companies that choose to develop products that combine the two could earn a portion of the anticipated US$2.8 billion market in the next five years.