AABC: Lead is far from dead again and nobody else is making money!

There’s a plethora of hybrid, pure electrics and plug in electrics now available from German manufacturers— more than 60 variants but nobody is buying— well not in any serious numbers.

But they’re still buying cars in Europe and a lot of them have stop-start systems in them and the customers don't have a choice on that.

And that, probably, is all you need to know, if you’re thinking about entering the near ‘Kamikazi’ advanced automotive battery market— DON'T!

The reason? You’ll find it hard to get costs down to under US$200/kW by the time you’ve done all your testing and development and built battery pack on your own, which is what the car industry needs.

But strangely enough, when someone has (Elon Musk and Tesla) do the rest of the industry give the man and the company a well deserved pat-on-the-back and an admission of “ maybe you gotta point there” (a battery pack built with  a myriad of 18650 cells works and comes in under budget)? Of course not. This writer thinks battery Guru Anderman alluded to this, slightly but NO, not the German auto industry. No, the build quality of the battery pack was not quite up to German industry build standards— a few spots of dodgy welding here and there, too complicated with so many cells. No not even “it's a good try Elon.”

Very churlish of the Germans, we thought here at BEST.

We feel Robert Goddard, the US pioneer of modern rocketry would have sent Werner Von Braun, the designer of infamous V2 ballistic missile a “well done” in having got the world’s first ballistic missile off the ground! Shame about the purpose though.

Wouldn’t it be really strange if VW and the others actually introduce an electric vehicle in the next two years, buying into Musk’s mega 18650 factory capability?

And that wouldn’t surprise this writer in the least. Because when it comes to battery system development, it seems German production engineering is completely beaten on getting prices down further— unless there’s more standardisation and collaboration— a real German VOLKSWAGEN, if you get my drift. An Audi or BMW on the outside but pretty much the same under the hood. Not good for battery innovation but it might lead to affordable electric cars.

Other Germans were much more encouraging, even toward the ‘ugly duckling’ of lead-acid.

Eckhard Karden, Ford Eurorpe’s battery wizz, had only good things to say about the first generation stop-start technology— lead-acid. And it means it will still be there in the next generation too, well beyond 2025. But it won’t be alone. Quite what lead-acid will be sharing its bed with will be part of this author’s AABC write up in the Spring issue of BEST. To guarantee receiving a copy, click here and subscribe. It’s a tiny fraction of $1500.00! 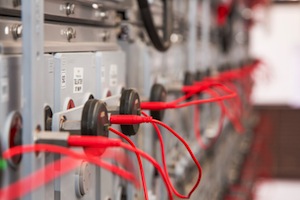 The grid-connected system designed for peak shaving times. The ESS is designed to have an energy capacity of 0.6MWh and allow the utility to monitor the grid load as well as to integrate the locally generated wind power. 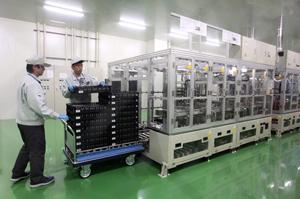 Panasonic has developed a lead-acid battery for charge control and idle reduction vehicles.

According to US patent number 14/359464, filed on January 23 2013, published on November 6, the battery is designed to have a high charge acceptance, which makes it suitable for vehicles with little charging opportunity. 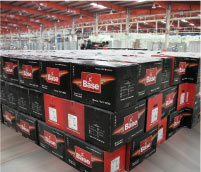 Base Batteries, a Bangalore-based VRLA (valve-regulated lead-acid) batteries manufacturer, is in the processing of adding a capacity of 130m ampere hours (Ah) a year at its Hosur plant in Tamil Nadu with an investment of Rs110 crore ($18m), said its chief operating officer, Aditya Arora.

The 22-year-old, privately-held company has two manufacturing plants - one at Solan in Himachal Pradesh with an annual capacity of 45m Ah, and the other at Hosur with a current capacity of 100m Ah a year. The company has so far invested Rs 370 crore ($59.8m) in Phase-I of its Hosur facility. 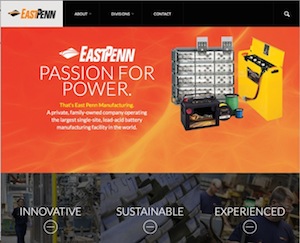 East Penn has launched a new website to give users easy access to the company’s products and services. 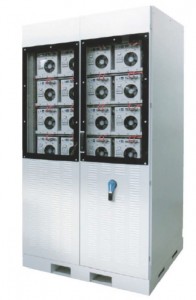 The HD-CR/CD is designed for charging SLI batteries (flooded and VRLA/AGM), motive power batteries and industrial cells. It operates at 16KHz and allows users to achieve efficiency and power factors of up to 99%, according to Missouri-based Bitrode. 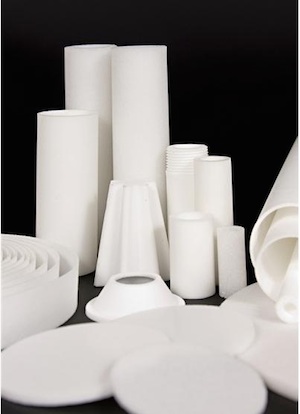 According to Porvair, the super hydrophobic material is resistant to most acid, organic chemicals and temperatures up to 110ºC while offering chemical capability. They are designed to reduce the risk of acid spillage and to release excess gas from lead-acid batteries during operating cycles and prevent flame ingress into the battery. 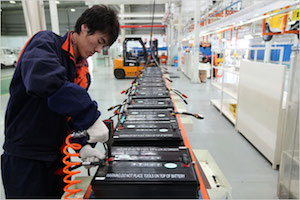 The Chinese government is to close down 39 lead-acid battery makers that are on the list of China’s 2014 Inefficient Capacity Elimination Plan. 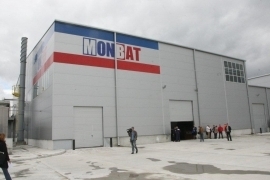 MonBat chairman Atanas Bobokov said the plant is not working due to lack of raw materials and, respectively, due to the political and competitive pressure under which the company was placed over the last several years, reports SeeNews. 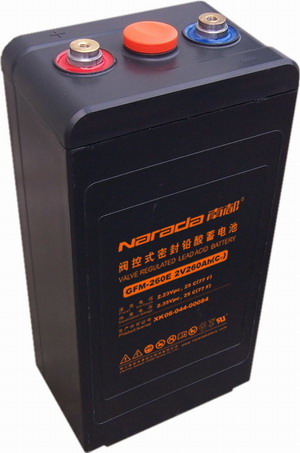