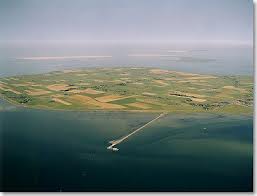 The system is a platform for testing and refining localised storage of renewably sourced electricity, as well as the operation of a smart grid.

E.ON worked alongside Schleswig-Holstein Netz to install an energy-storage system with data links between customers' electricity meters and the island's wind and solar power plants to harness the maximum amount of locally produced energy possible.

Surplus electricity can be stored in large-scale lithium-ion and redox flow batteries, which are integrated into the regional power grid, as well as in small-scale storage devices at customers' homes for use at times when generation is low.

The project aims to address the problem of intermittency with renewables by balancing output for localised use. The €10 million project received funding from several federal German ministries as part of the Federal Energy Storage Initiative. 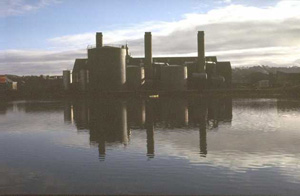 The UK’s first large-scale lithium-ion battery has been connected to the electrical grid on the island of Orkney – in the Scottish Isles in the UK – as part of a trial by Scottish Hydro Electric Power Distribution (SHEPD).

The installation of the 2MW battery at Kirkwall Power Station on the island is to store excess energy produced from renewable sources. The island group has more producing ability than capacity for storage in the grid, resulting in wasted energy.

Mark Rough, Head of commercial activity for SHEPD said the installation will not provide an immediate solution to the current constraints of the Orkney distribution network, however he hopes the study will show batteries to be a cost-effective way of freeing up capacity on the network to help facilitate new connections of low carbon generation.

The battery, made by Mitsubishi, has been part of a two-year test in Nagasaki, Japan. The Low Carbon Networks Fund is funding the project.