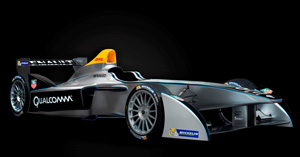 The car to be used in Formula-E, the race series that will promote zero-carbon electric driving, has been unveiled at the Frankfurt Motor Show. The Spark-Renault SRT_01E will be driven by the 20 competing teams in the inaugural series of the competition, beginning September 2014.

McLaren Electronics Systems is providing the electric motor, gearbox and electronics, while Williams Advanced Engineering is responsible for the design and supply of the 200kW batteries and BMS for the zero-carbon cars.

Sir Frank Williams, Founder and Team Principal of Williams, said: "Williams has a track record in developing hybrid technologies and the team at Williams Advanced Engineering is working hard to develop a battery system that is reliable and makes for excellent racing."

As with traditional Formula One, the promoters hope the e-motorsport will accelerate technological developments for electric cars. Each race will take place on a city circuit to best simulate driving conditions for passenger e-cars.

Following the first series teams are encouraged to design and build their own cars to promote electric drivetrain technology that will in turn benefit universal e-mobility. For this end, Formula E has dictated batteries cannot be swapped during the race to prevent companies designing evermore-efficient swapping systems that will have no value in passenger vehicles. 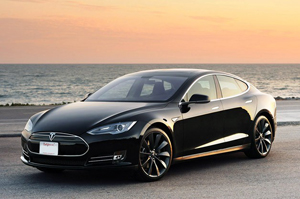 Tesla Motors is ramping up production of the Model S with the anticipation of sales reaching 21,000 in 2014. The EV manufacturer has sought out a secondary supplier of lithium-ion batteries; Samsung SDI has been announced, alongside existing supplier Panasonic.

The diversification of battery supplier shows that Tesla is confident the Model S will continue to sell in high numbers, that it is strengthening its battery supply to meet the expected numbers. Tesla is testing Samsung SDI’s batteries before the deal is confirmed.

Concurrently, a European Tesla plant has opened in Tilburg, Netherlands, to assemble cars from US-made components for the European market.

The ‘second life’ potential of batteries is a hot topic at the moment with the rise in EVs meaning more lithium-ion batteries will be in circulation, including the Nissan Leaf being mass-produced in the UK from 2013.  ABB and Zero Carbon Futures are both researching the potential utilisation of ‘used’ batteries.  When the batteries come out of the cars they would still have around 80% capacity, this would reduce the range of the car but still be sufficient to be put to another application.  Zero Carbon Futures, working alongside Nissan, are researching the energy storage potential of the used batteries for home energy management systems.