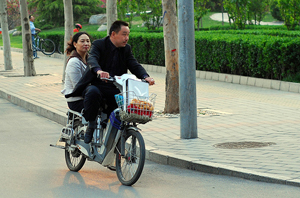 The cost of a lithium-ion e-bike battery is 1000RMB ($160), which is double the price of a lead-acid battery. This has been an obstacle for sales in the past, however the crackdown on lead producers has given momentum to lithium-ion.

For 2014 lithium-ion demand is expected to increase to 90% and gradually replace lead in e-bikes in the coming years. 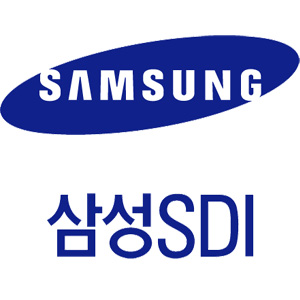 Indian energy management firm Acme has tied up with South Korean company Samsung SDI to manufacture and market lithium-ion batteries in telecom, solar power, defence sectors and other allied industries in India and the African continent. 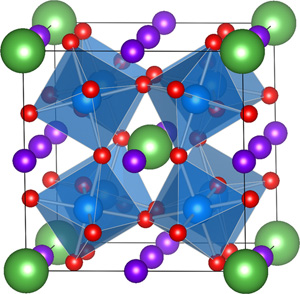 A highly active catalyst for oxygen evolution, using a water splitting reaction for use in some forms of energy storage, has been discovered by researchers at Massachusetts Institute of Technology.

It is an advance towards finding an inexpensive and efficient way to split water into its constituent elements for storing, and then re-join the hydrogen and oxygen to produce electricity when power is required.

This is in response to the growing market for backup power in fields such as telecom centres, financial institutions, manufacturers and distribution centres requiring DC power from battery systems.

The battery containment systems have been designed around a flexible, model to make it easy to design a system based on battery rack dimensions using the Quick Cable online configuration tool.

The patent - titled 'Lubrication of Positive Displacement Expanders' - describes the method by which efficiency of the conversion of compressed air into electrical power can be optimised with minimal lubrication of mechanical components. Pnu Power produces back-up power solutions, using compressed air, for utility switching, telecommunications, data centres and other mission critical industrial operations.

Energetix says the grant of this patent provides additional protection to the company's core product platform and builds on the company's intellectual property portfolio relating to its Pnu Power technology.

The company has a core patent granted in 20 countries which protects its compressed air driven UPS system as well as two further patents providing additional protection.

Cummins Power Generation has launched a website specifically focused on product and technical information to support the needs of its data centre customers.

In a statement, Cummins said the launch of http://cumminsdatapower.com reflected the need for information in one of the biggest growth segments in the world today – backup power for data centres.

“This website not only contains product information, it also includes technical bulletins, white papers and other information relevant to the application, operation and maintenance of the complete backup power system in data centres.”

China Racing has announced it will be taking part in the Formula E Championship electric vehicle race series in 2014. China Racing is the second of ten teams to be confirmed for the zero-emission race after UK-based Drayson Racing Technologies.

The teams will race on street circuits in ten cities across the world in electric cars. The cars for the inaugural year are being designed by McClaren, Spark Racing Technology and Dallara. All teams have the opportunity to use the customer car for the first year and encouraged to build their own cars for races in the following years. With support from Chinese automotive makers China Racing hopes to build a team car within three years.

Alejandro Agag, Chief Executive Officer of Formula E Holdings said: “China has enormous potential for the expansion of electric vehicles as a tool to fight pollution in cities. We think the FIA Formula E Championship can be a powerful tool to make electric cars popular with the Chinese public, particularly the younger generations. Having a Chinese team with us in the Championship will be key to succeeding in that challenge.”

Under heat, the ceramic-filled polymer separators fuse together, leaving a thin film of ceramic particles between the electrodes and reduce the likelihood of hard shorts that can lead to thermal runaway and cell failure.

The ceramic particles are evenly distributed throughout the PPT chemically inert PVDF polymer. The particles reside primarily in the pore walls, leaving a large and uniform open pore structure that enable ions to pass through with less resistance and less heat generation.

German chemical giant BASF has released its sales figures for 2012 showing growth across the company. The chemical segment overall sales figures grew 7% on 2011, the 2012 sales increased to €13.8billion. There was however a decline in EBIT (earnings before interest and tax) due to plant shut downs and lower margins.

The tables below show the full figures for 2012 compared to the previous year across the range of the company (bottom) as well as the fourth quarter sales figures (top).

The lithium-ion batteries can be charged form a mains power supply and then provide several re-charges for smart phones and tablet devices. The slim-line design of iPhones and the like mean the battery cannot be swapped with a spare, it must be recharged, resulting in companies coming up with novel ways to help users re-charge when travelling or away from mains charging.

The range includes the Stone series of portable batteries that offer between 5800mAh and 7800mAh capacity, which provide an additional three times power for devices; The Magicstick is the size of an AA cell and offers 2600mAH power on the go for phone devices.

The ultimate in portable battery is built into the phone cover. The interestingly named Cheese Crystal is a protective case for the iPhone4 that has an 1800mAH lithium-ion battery incorporated in it to double potential battery life.

When charged, Powerocks range can power up to two devices, dependant on model, two or three times. The designs are complimentary to Apple style and show these chargers can be sleek and elegant but still pack a lot of power.