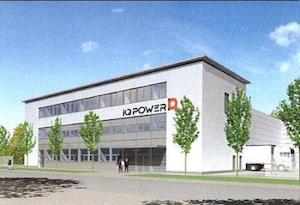 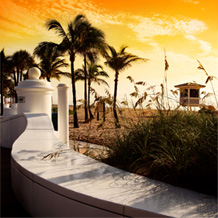 The industry event International Battery Seminar & Exhibit is to give a "Battery Innovator Award” for the first time at its next event in March 2015.

The organisers have now opened submissions for applied battery technology at chemistry or product level. The prize of $2,500 will be presented at the 32nd International Battery Seminar & Exhibit in Fort Lauderdale US, taking place from March 9 to 12 2015. 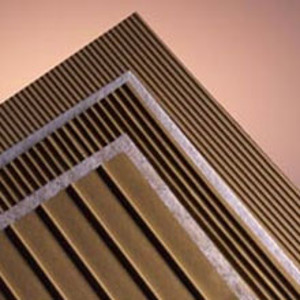 Microporous, a leading developer and manufacturer of separators for lead acid batteries, has hired John Timmons as Vice President of Technology and Parker Sword as Sales Manager, Americas, at its Piney Flats, Tennessee, headquarters.

Timmons brings more than 18 years of experience in the lead acid battery industry to the company and plans to be a resource to customers in the technical service area.

“I want to let our customers know what our products can do from a technical standpoint,” says Timmons. “I’ll also be available to help offer solutions for their separator requirements. It’s a degree of service that puts us above our competitor.”

Most recently, Sword served as the international sales manager for a pipe manufacturer where he developed new export markets and says he was drawn to Microporous because it’s a customer-focused company.

“Microporous has a reputation for developing strong relationships with customers,” says Sword. “This core value aligns with my own, and I am looking forward to working closely with our customers and developing authentic relationships.”

Microporous was re-established as an independent company in December after previously partnering with one of its competitors. As its own entity, Microporous president Jean-Luc Koch says the company has a renewed focus on improving technology through R&D and being more customer-centric. These two new key hires support that mission.

“Being a technical resource to manufacturing and customers is a big differentiating factor for our customers and our suppliers,” says Koch. “John Timmons has years of experience in both the battery and lead acid industry and will be an asset as Microporous continues to re-establish itself as a leader in the industry.” Koch adds, “Parker Sword’s experience in international sales will be highly valued as we expand our customer base and build relationships.”

Tokyo-based W-Scope Corporation has developed a separator for lithium-ion batteries that can withstand higher temperatures without damage, increasing safety by reducing the risk of battery fires.

The company has begun shipping samples and plans to begin mass production of the new separator in the second half of the year, offering versions in thicknesses ranging from 0.03 mm to less than 0.01 mm.

W-Scope predicts around 10 firms will begin using its new separators during 2013, and that by 2015 these value-added products will account for roughly 30% of its overall separator shipments.

South Korea's Samsung SDI and German auto-parts maker Bosch will be ending their four-year old joint venture of SB LiMotive, an electric car battery manufacturing unit due to . Samsung will acquire the 50% stake in the venture held by Bosch, but both firms will continue to maintain close business relations.

Samsung will take full ownership of the lithium-ion battery unit while maintaining a collaborative working relationship with Bosch.  Samsung and Bosch had jointly established SB LiMotive in July 2008 under an equal ownership arrangement, where each partner held 38 million shares. SB LiMotive currently operates a battery cell production line in Ulsan, South Korea with a monthly capacity of 200,000 battery cell packs. Production at the plant will be raised to 400,000 packs per month by 2013 and 1.5 million packs per month by 2015.

From the outset of the partnership, Samsung was in control of the research & development and production, while Bosch took care of the battery management system and sales.  Bosch has recently shown an interest in running its own battery cell production line.

Bosch is working with German chemicals firm BASF to build a pilot line for lithium-ion battery cells. Test production will start this year, and the plant will produce up to 200,000 cells by 2015.

Europe’s lone wolf in cathode material provisions, Umicore, is to have competition in the form of German chemical maker BASF.  BASF will invest heavily to become a leading supplier in automotive battery materials based on market predictions for developments in the EV market to develop vehicles with a range of 250km in the next five years.

Lead supplies could fall into deficit for the first time in five years.  Recycling of car batteries has stunted demand for raw resources but, with a growing market in Asia for electric bikes, industry demand for lead is rising.

Demand for electric bikes should reduce the surplus and push prices up, lead producers would welcome this as prices have fallen steadily since 2007 when it was valued at US$3 890/t on the London Metal Exchange.

With lead producing factories closing in China and environmental concerns hindering expansion, the demand for lead is outstripping supply.

General Electric Co said it will invest $70 million in its Schenectady battery plant in New York to double production and create 100 jobs there.  This will take the plant’s workforce 450 at full capacity.
The factory manufactures GE's Durathon batteries, which are half the size of conventional lead-acid batteries but last ten times longer.