The purchase order comes after 12 months of extensive tests conducted by the telecom company, after which Ballard’s ElectraGen™-ME methanol-fueled system was selected.

The ElectraGen™-ME fuel cell comes in 2.5 kW and 5kW configurations and VRLA batteries as a bridging energy component.

Being the only company with a pan-Indian broadband wireless access license, Reliance Jio is currently in the process of building a new 4G telecom network.

The delivery of the initial order is expected to be complete by the end of the year.

The kit consists of the HomeLink 6500E portable generator and the HomeLink upgradeable manual transfer switch.

It also contains a system controller to manage the inverter/charger interface to ensure control of charge and has redundant protection mechanisms to prevent over voltage, over current, under voltage and over temperature conditions.

Founded in 2013 the company is targeting the growing residential energy storage market with web-connected product that can be installed on new and existing solar energy installations.

Each of the battery systems will consist of 175 of Saft’s nickel-cadmium batteries, SBLE700, which has a nominal capacity of 700 Ah ready to provide autonomous power, should the main plant power supply be interrupted. 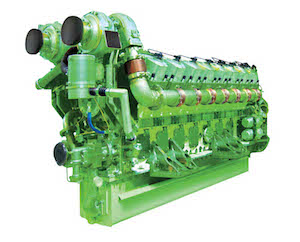 The diesel engines are designed to deliver up to 12.5MW of electrical power. The delivery is aimed to help the country’s energy distribution challenges and encourage the growing industrial sector.

Two of the engines will be used at the Kano facility in northern Nigeria, in order to maintain power for production. The General Electric engines will deliver 5 MW of baseload electrical power, with an expected capital payback in less than 12 months on diesel fuel cost savings. The other three engines will be installed at Flour Mills' headquarters in Lagos that already uses 11 of GE’s J620 gas engines. The diesel engines are aimed to provide backup power.

“As Nigeria continues to grow its industrial might in the global economy, we have opted to invest in General Electric’s new 616 diesel engines to deliver higher fuel efficiency at our sites in Lagos and Kano,” said Paul Gbededo, chief executive officer, Flour Mills of Nigeria. 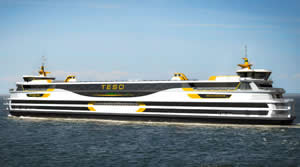 The ESS comprises 48V lithium-ion battery modules with 1.6MWh capacity. The ESS will be used for backup power and aims to increase the energy efficiency of the ferry. The ESS can also be used to provide power-up and power-down capabilities. 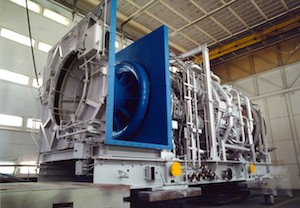 The 49-year-old Port Harcourt facility is the country’s largest oil refinery and aims to regain full capacity for refining from its present 30% output. It has a total maximum capacity of 210,000 barrels per day.

“This project was not only important in getting the refinery back into full operation, but also to support Nigeria's long-term economic interests by achieving optimum refining capacity," said GEL chief executive Akinowole Omoboriowo.

The chronic power outages have forced Nigeria to import large amounts of refined petroleum to meet the electricity demand. The installation of General Electric’s turbines is to reduce the imports.

The units will start operations this month.

GEL signed a 20-year power purchase agreement with the Nigerian National Power Petroleum Corporation to modernise also two other refineries in the country. 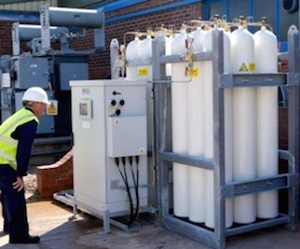 The Pnu Power system for uninterruptible power supply (UPS) applications uses compressed-air cylinders to drive a scroll generator that is designed to deliver up to 4kW of AC or DC backup power, according to Flow Battery.

The compressed-air battery system aims to be more cost-effective in comparison to conventional UPS and more reliable than lead-acid batteries. The system has a low maintenance and a consistent performance, claimed Chester-based Flow Battery.

The service life of the Pnu Power range is expected to be more than 40 years. 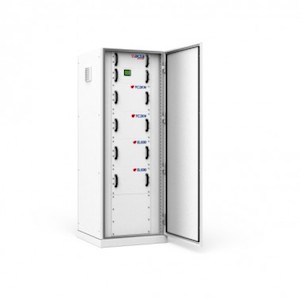 Italy-based Acta and Danish Dantherm Power have teamed up to develop a self-recharging fuel cell based backup power system.

The power solution will be deployed on an island close to the Arctic Circle and powered by a wind turbine.

Dantherm will integrate Acta’s electrolyser, which facilitates hydrogen production, with its fuel cell backup power system in order to meet the requirements for off-grid power in cold and remote geographic regions. It aims to demonstrate the suitability of the system for renewable energy storage applications under harsh conditions.

“We see a significant opportunity for fuel cell backup power systems for remote locations including cold environments, where the ability to generate hydrogen onsite from renewable power sources is a key enabler,” said Paolo Bert, CEO of Acta and added: “We look forward to the success of the partnership with Dantherm and to extending our reach into the telecommunications backup power market together with them."

The shipment is set for September this year.

Acta and Dantherm stated that they are discussing further deployments across the Nordic region.

According to Acta, the supply of fuel cell back-up power systems for telecommunications base stations is a large and fast-growing market, especially in extensively bad-grid and off-grid locations such as in Asia and Africa. Battery sales to the Chinese telecommunication industry are currently valued at $4.7 billion to $7.8 billion per annum, stated the company.

Power supplier Aggreko is to provide 17MW of temporary power to the 2014 Ryder Cup in Scotland.

The contract includes technical power supply to broadcasters, backup support on location at Gleneagles and air conditioning for on site facilities. Around 40 different temporary structures will need to be powered and cooled.

Aggreko plans to perform its uninterruptible TwinPack generators at the golf event. The generators work together in one container and are designed to minimise sound emissions from power production.

Around 600 distribution boards will be utilised to connect and feed power supplies around the golf course.

"Aggreko has vast experience of providing temporary power and temperature control solutions at golf tournaments. Doing so at the 2014 Ryder Cup, which is on our doorstep and is perhaps higher profile than any previous tournament is a great privilege,” said Angus Cockburn, interim chief executive officer of Aggreko, who stepped into the role after Rupert Soames left to join outsourcing business Serco.

The Ryder Cup is only one of Aggreko’s major event assignments in the past. The company provided power for five FIFA World Cups, nine Olympic and Paralympic Games as well as for four previous Ryder Cups in Europe.