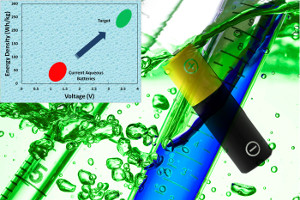 While the concept of a lithium-ion cell using a water-based electrolyte has been known and studied, a major limitation is the narrow electrochemical stability window for water, which restricts the cell voltage. For example, the electrochemical stability window for water is within the range of 0 to 1.25V; electrolysis of water occurs outside this voltage range. In contrast, organic solvent-based electrolytes are stable up to at least 4V. The lower the cell voltage is, the lower the energy density is, and consequently, water-based lithium-ion batteries have had low energy densities. Recently, NEI Corporation has developed new materials concepts that can overcome the voltage stability issue of water-based lithium-ion systems. The innovations pertain to the composition and morphology of the materials used in the lithium-ion cell. The aqueous-based technology is being developed with funding from the US Environmental Protection Agency’s Small Business Innovation Research (SBIR) Program.

NEI adds that it welcomes the opportunity to partner with a battery manufacturer to co-develop, test and qualify the water-based lithium-ion batteries. 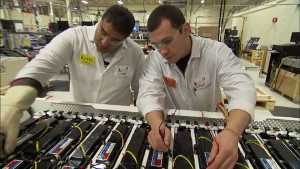 NEC Corporation has announced the completion of the acquisition of A123 Energy Solutions, the grid energy solutions and commercial energy systems business of A123 Systems, LLC., from China’s Wanxiang Group.

A123 Energy Solutions will now operate as NEC Energy Solutions, Inc. and plans to build safe and reliable energy storage systems for leading utility companies and power producers throughout the world. As part of this acquisition, NECES and Wanxiang will create a joint venture to develop the grid energy storage and commercial systems business in China. Moreover, NEC will seek to expand new global business through the creation of next generation energy solutions linked to Information Communication Technologies (ICT) and energy storage systems.

“We are very pleased about the establishment of NEC Energy Solutions, and with it the full-scale entry into the grid energy storage and industrial batteries marketplace. We will leverage the strengths of the NEC Group to enhance our offerings to support the renewable energy sector, the utility sector, the telecommunications sector, and others,” said Takemitsu Kunio, senior vice president of NEC Corporation. “By improving energy reliability, sustainability, and security with turn-key systems integration and best-in-class energy storage technologies, we will strive to be the leader in smart energy solutions,” he added.

“We are excited to see the momentum building for the installation of grid storage around the world and for lithium batteries in commercial applications,” commented Hideki Niwaya, NECES board chairman and VP of NEC Smart Energy Business Unit. “The reaction from each company’s customers has been very favourable to this complementary combination.” 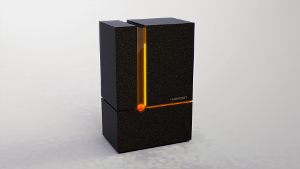 Germany’s ASD Automatic Storage Device is to present its new hybrid battery, combining the strengths of stand-alone and grid-tie storage systems, at Intersolar 2014. Compared to existing batteries, the new device significantly raises a household’s degree of self-sufficiency, frequently to over 80%, the company claims.

Furthermore, the small number of components means that ASD’s new battery system is particularly cheap to produce and supply, typically costing 20–30% less than other lithium-ion batteries on the market, they add.

“All the existing battery systems on the market have pros and cons. We have managed to combine all the advantages in one storage system and avoid the many disadvantages. Homeowners can therefore truly use the power generated on site entirely for themselves, which is not an option with other battery systems,” explains Wolfram Walter, managing director of ASD. “By introducing our hybrid technology, we have taken another huge step towards making battery systems more efficient, and above all more cost-effective – which is a real milestone for electricity storage.”

Previously, homeowners had to choose between grid-tied and stand-alone storage systems. Houses with grid-connected systems draw power from the grid almost continuously, even when their batteries are fully charged. Stand-alone storage systems, on the other hand, disconnect the house completely from the public grid as soon as sufficient power is stored and then supply the home with power produced on site. However, these systems have one big disadvantage: if the battery no longer furnishes enough power to supply all the appliances in the home, the storage system is shut down and the house draws 100% of its electricity from the grid again. Conventional stand-alone battery systems therefore only allow either fully battery-based or grid operation, but not both at the same time.

The hybrid battery system combines the operating principles and advantages of both technologies: it works like a stand-alone system and disconnects the house from the grid for as long as its batteries are able to furnish sufficient power. The house thus needs no further power from external supplies and operates autonomously. At times when the battery capacity is insufficient, the system automatically procures the additional quantity of energy required from the power grid. By design, the system therefore combines both energy sources and thus utilises the maximum amount of battery power directly on site. This flow of current is regulated via a computer-controlled filter developed by ASD for the hybrid battery.

The operating principle of ASD’s hybrid battery significantly increases a household’s degree of self-sufficiency compared to that achieved with existing systems, frequently topping 80%. It takes less than a millisecond to switch between the two operating modes.

The battery is suitable for both AC and DC coupling. This enables more flexible planning than previous storage types, which are specifically designed for either AC or DC operation. The battery can be charged by photovoltaic installations, CHP plants and small wind powered generators alike.

Power Japan Plus has revealed a novel battery chemistry, with both anode and cathode made of carbon. The new cell, known as the Ryden Dual-Carbon Battery, promises energy density equal to current lithium-ion cells, but less capacity loss over time and far greater safety, it’s developers claim.

It is also almost entirely recyclable, with less energy input over its lifetime and none of the rare or heavy metals required in various lithium-ion cell chemistries.

Dual-carbon cells have been described in theory since at least 1978, but years of development were required to make them reliable, cost-effective, and suitable for mass production in high volumes, Power Japan Plus CEO Dou Kani reportedly said.

Chief technology officer Kaname Takeya and Dr. Tatsumi Ishihara of Kyushu University in Fukuoka, Japan partnered with the company to develop the cell for commercial applications. Takeya explained that the chemistry requires specific and proprietary changes to the nanostructure of the carbon crystals.

Kani has also said that Power Japan Plus will announce a partner in August that will build battery packs and add a battery-management system.

He said: “The Ryden dual-carbon battery is the energy storage breakthrough needed to bring green technology like electric vehicles to [the] mass market.”

The company claims that its Ryden dual-carbon chemistry can both recharge up to 20 times as fast as Li-ion and with a similar energy density.

In testing, the cell has completed more than 3000 charge/discharge cycles with virtually no performance degradation, meaning that it could conceivably last the lifetime of a car.

Furthermore, the new dual-carbon anode and cathode can both be produced by existing cell manufacturing processes.

Power Japan Plus says it will start production of Ryden cells in the 18650 "commodity cell" format later this year at its small production facility in Okinawa, Japan. 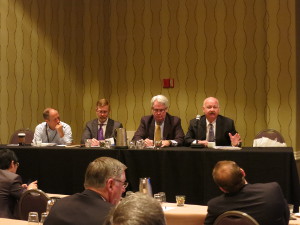 NAATBatt recorded a 60% rise in attendance at this year’s conference in San Diego, California. NAATBatt Executive Director James Greenberger put the popularity of the event down to relatively high number of C-level bums on seats, as well as the pleasant location in what can be a very cold time of year in other US states.

GS Yuasa, Mitsubishi and Bosch have set up Lithium Energy and Power GmbH & Co– a joint venture to develop next generation lithium-ion batteries.

The group has ambitious plans to double the energy capacity of batteries within the next decade for the electric vehicle market.